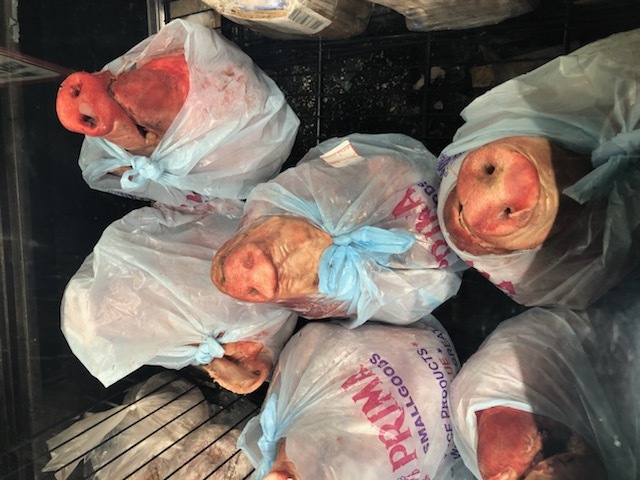 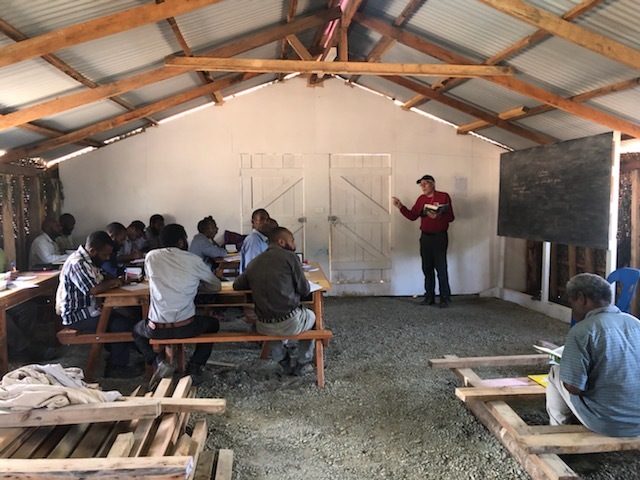 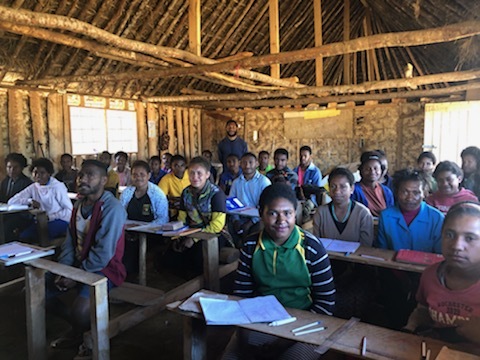 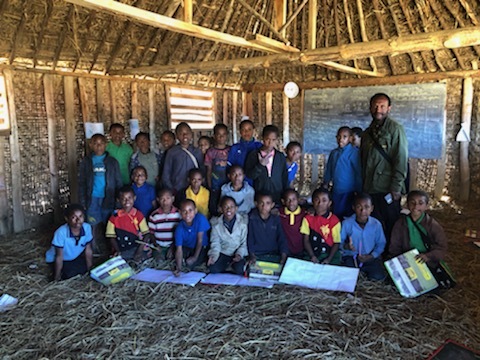 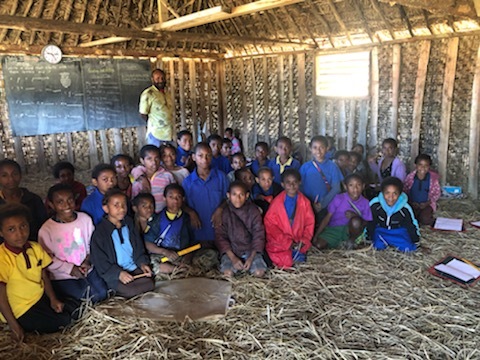 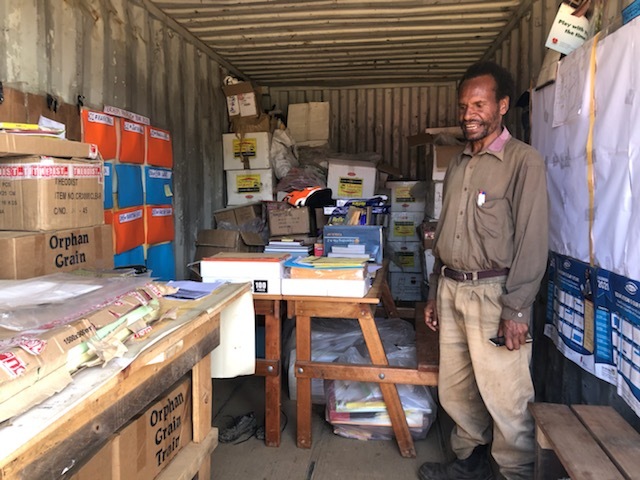 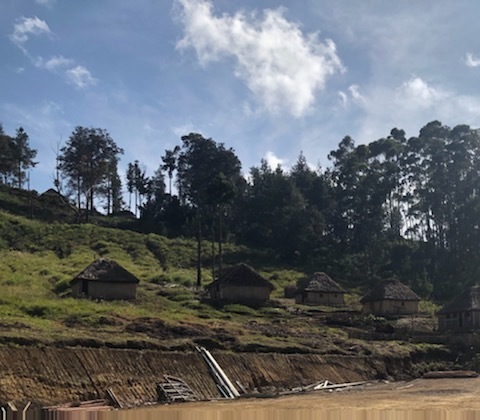 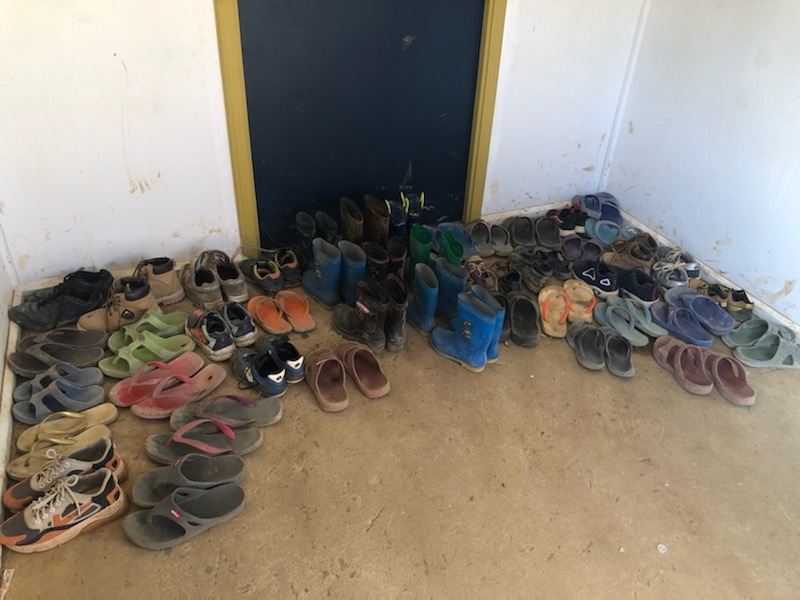 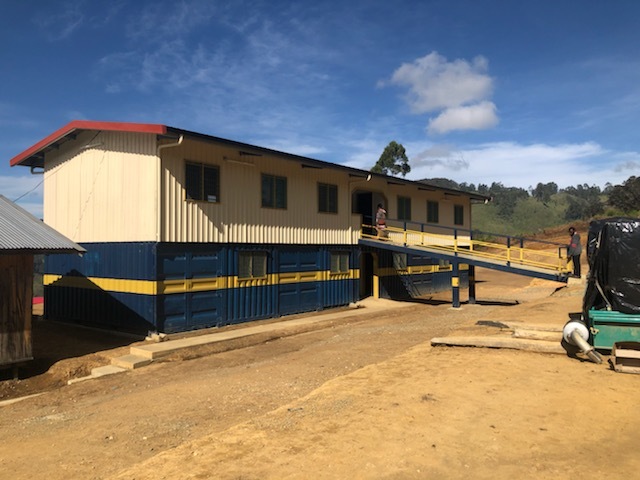 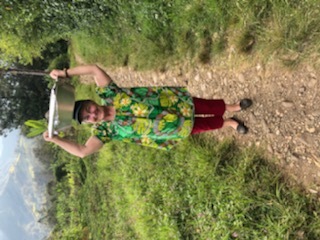 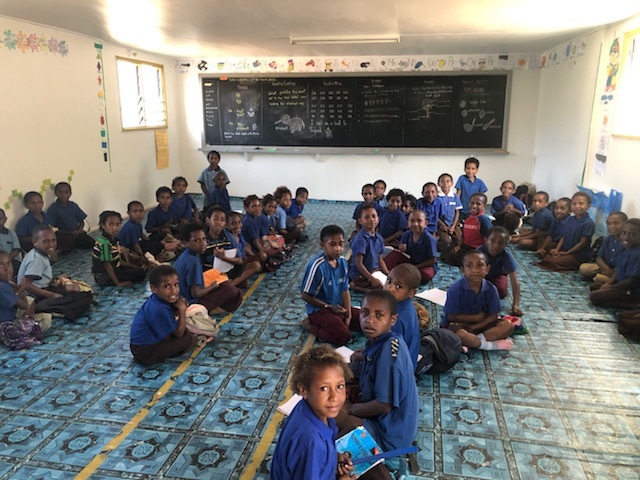 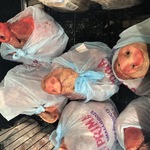 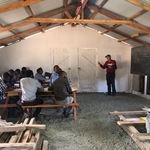 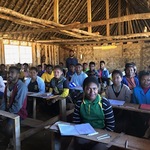 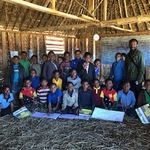 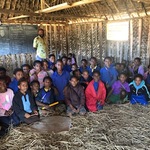 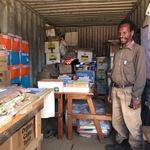 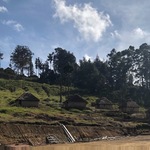 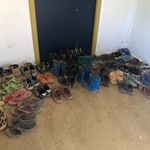 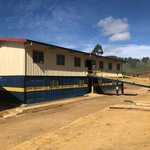 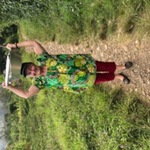 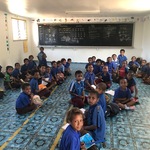 We miss you! Things are going well here in PNG. It has been a little frustrating not having power but we received a note from the png power company saying “stand by, we’re still looking for a replacement transformer!” So we stand by. We run a little generator at
night for a couple hours of light but it has not been working consistently and it’s not enough to power the fridge. I think it’s Gods not so subtle way of reminding us that we are in wartime and our little inconveniences are nothing in the big picture.

We spent a couple of days at a new Bible School where Ron taught a class on the work of a pastor. The 13 guys were so attentive and enthusiastic. While Ron taught, I visited the new primary school nearby. Bush kids can’t wait to go to school and this school ended up with way more kids than anticipated: 80 four year olds with 1 teacher and 1 helper, 80 five year  olds with the same, 80 six year olds and so on. I’ll try to send pictures in a separate email—having problems with attachments! The young kids have no desks and no books but they are a happy, excited group and the teachers are precious! We spent the night in the area and 3 young teachers came to visit, bringing gifts of woven net bags (bilums). They were so excited because they said they’d never visited with white people before. It’s so different from our first time in png in the 7o’s!  There were 100 missionary units or families here with LCMS. Now, we are the only white people around except for one other woman who is retiring and now keeping a very low profile! So many stories but I’ll stick with two.

Because we can’t buy meat due to lack of refrigeration, we drove to a small town which boasts of 2 restaurants ( of png standards!) I ordered a hamburger and a coke. Ten minutes later, the waitress came back and explained very apologetically that the person who held the key to the freezer was off that day, so there was no meat, and they were out of Cokes. Argh!

On a more inspirational note, we were invited to attend a ceremony marking the reconciliation between warring tribes who have been fighting for 30 years! Both sides marched in from opposite side of the meeting place and sat opposite each other. I was told that many weapons were hidden just in case things didn’t go well. What brought things to head was the ambush and murder of 8 members of one tribe by a guy with an automatic weapon and the payback killing of a member of the other tribe who was hung by the river and burned alive. It’s tragic to think that there are among these people whom we love some who are filled with evil. Satan is at work in many hearts. Back to the meeting…there were over 1,000 people in attendance. At the beginning, the chairperson said that we have two distinguished, honored guests, who were representing all of the missionaries who had come before them with the Gospel of Jesus, and that it was only because of that that a reconciliation could happen. I’ve never felt such a burden or been so humbled. As usual, we were the only two white skins present and we had no idea that we’d be singled out. We came with a friend, a businessman who brokered the deal. (Jacob Luke has been at Timothy several times over the years. ) The signing of the memorandum of understanding with all its accompanying speeches took about 5 hours. We just pray that it’s permanent!

We thank you for your prayers and support. We took $1500 from the PNG account at Timothy this trip, so we thank you for: mattresses and blankets for seminary students who came from the bush, exercise books for the students, small solar lights for each student so they can study at night, diesel repair costs for evening lights, paint, and tuition aid. We still have 1200 kina (about $300) to disburse.

So thank you!! Please keep us in your prayers as we do you! We hope to see you shortly after Easter!

Subscribe to receive email updates with the latest news.